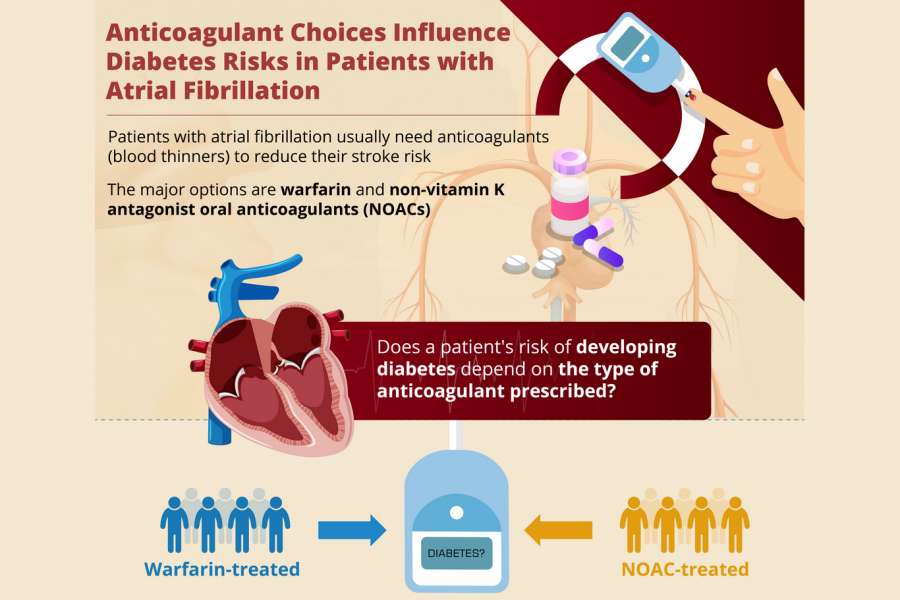 When a person develops atrial fibrillation, a key goal of treatment is reducing the individual’s risk of experiencing a stroke later in life, using anticoagulants. One way to reduce the risk of stroke is to prevent that person from developing diabetes. A team of Taiwanese scientists has recently published findings showing that a patient’s risk of developing diabetes may depend on the specific anticoagulant that a clinician prescribes. 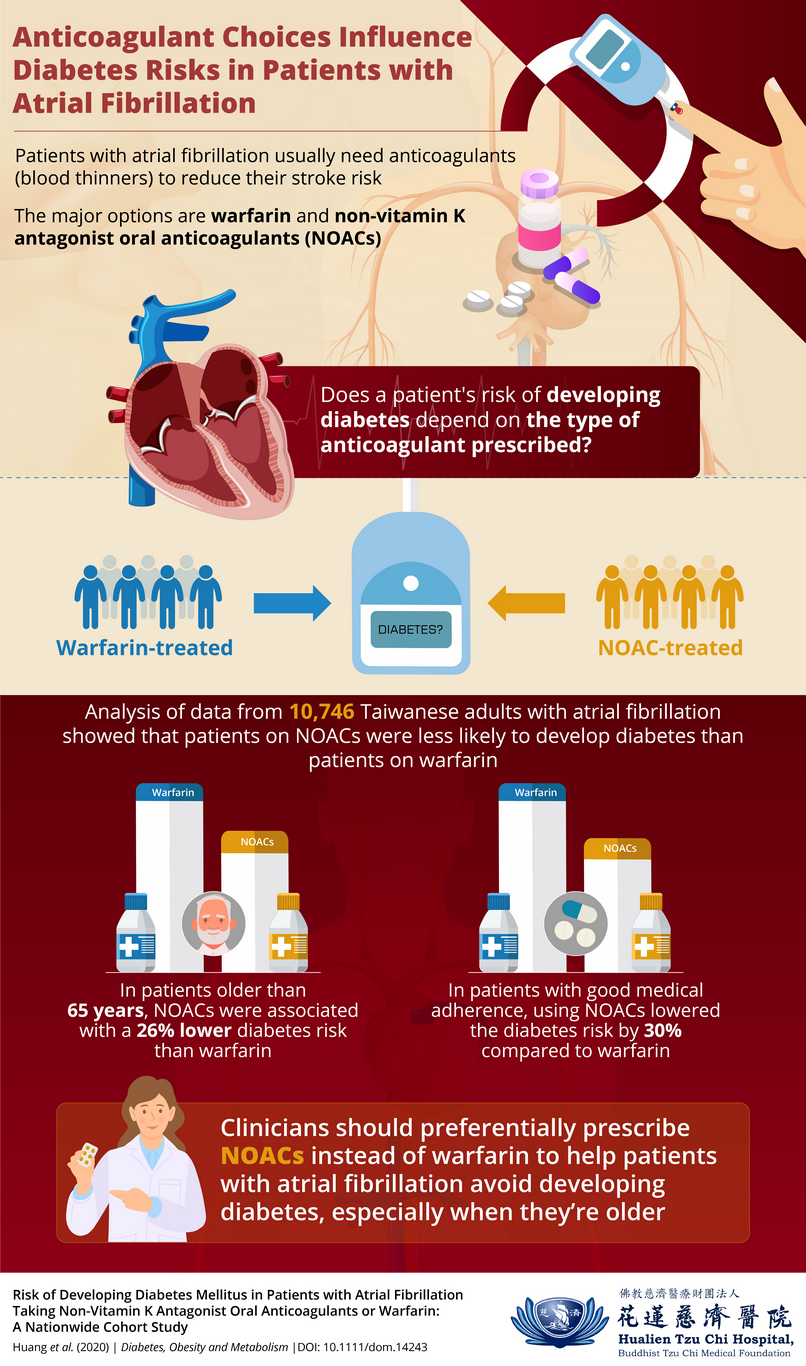 Atrial fibrillation is a condition involving irregular heartbeat rhythms, where the upper chambers of the heart beat faster than the lower chambers, sometimes causing blood clots to form in the heart and travel to other parts of the body. This makes atrial fibrillation a risk factor for stroke, leading clinicians to normally prescribe anticoagulants.

Given a growing body of scientific evidence that vitamin K inactivity may increase an individual’s risk of developing diabetes, a team of scientists from Taiwan, mainly from the Hualien Tzu Chi Hospital, wondered whether the usage of different anticoagulants can lead to different likelihoods of a patient with atrial fibrillation developing diabetes. To explain the clinical importance of this question, team leader Dr. Huei-Kai Huang notes, “In patients with atrial fibrillation who take an oral anticoagulant, diabetes can increase the risk of major bleeding, threatening intracranial hemorrhage or gastrointestinal bleeding.”

Sure enough, Dr. Huang’s team showed that patients prescribed NOACs were less likely to develop diabetes mellitus than their warfarin-treated counterparts were. Their results appear in the journal Diabetes, Obesity and Metabolism.

To explore this question, the scientists accessed Taiwan’s National Health Insurance Research Database and obtained data concerning 10,746 adults diagnosed with new-onset atrial fibrillation between 2012 and 2016. This dataset included 3,452 patients who received prescriptions for warfarin and 7,294 patients who received prescriptions for NOACs (i.e., dabigatran, rivaroxaban, or apixaban).

Over a mean follow-up period of 2.4 years, the scientists found that overall, NOAC-treated patients were 20% less likely to develop diabetes than warfarin-treated patients were. Such differences in diabetes risks held up in analyses that individually compared the NOACs dabigatran, rivaroxaban, and apixaban with warfarin.

The study is not without limitations, as the scientists lacked detailed data concerning the patients’ clinical characteristics. Furthermore, patient anonymity rules prevented the scientists from confirming diagnoses, and the results do not conclusively establish causal relationships between anticoagulant choices and diabetes risks. The scientists were also unable to include the NOAC edoxaban in their analyses due to the drug’s limited availability in Taiwan prior to 2016. Also, further research is necessary to determine whether these findings are internationally generalizable.

Still, the present study is quite significant, as Dr. Huang notes, “This nationwide cohort study is the first to show that the risks of diabetes vary for users of different oral anticoagulants.” Given the high global prevalence of atrial fibrillation in older adults, these findings serve as an important warning of the risks of choosing a suboptimal treatment plan. 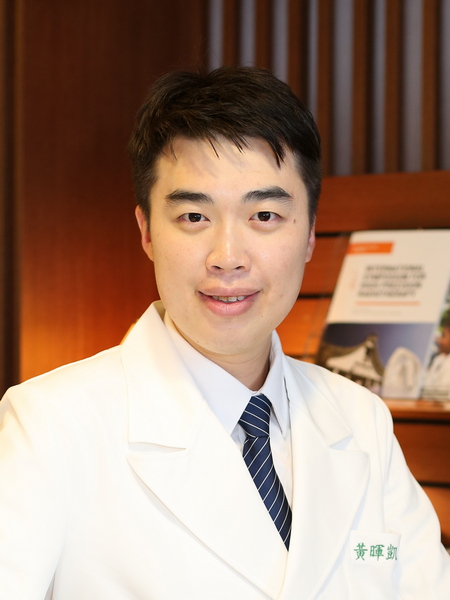 Dr Huei-Kai Huang is a physician scientist with the Departments of Family Medicine and Medical Research at the Hualien Tzu Chi Medical Center in Taiwan. In addition to being a doctor, he is an avid researcher with 29 publications to his name. He has also served as peer reviewer for more than 20 medical journals till date. Today, at the medical center, he runs his own lab and is member of several prestigious associations, such as the American Heart Association and American Society for Bone and Mineral Research, among others. Over the past few years, he has also won several awards for his research such as the Outstanding Young Investigator Award and Best Research Award.

Please refer to the link to make an appointment ：https://hlm.tzuchi.com.tw/imc/index.php/friends-of-the-station-link